On February 2, 2015, President Barack Obama released the Fiscal Year 2016 Budget of the U.S. Government that reflects a focus on raising overall government revenues. The prospective increase in revenue would create a range of new tax benefit programs, many of which would affect retirement savings for as many as 30 million Americans. According to the White House, as many as 78 million working Americans do not have a retirement savings plan at work and less than 10% of workers without workplace retirement plans contribute to an outside savings vehicle. The Obama administration believes, according to the budget, “The Nation needs to do more to help families save and give them better choices to reach a secure retirement.”¹ The budget laid out six key proposals that may affect retirement savings. 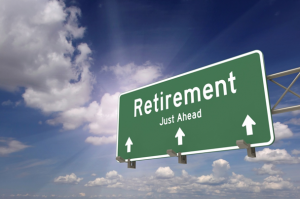 1. The first proposal is to make as many as one million more part-time workers (who have worked for the employer for three years at 500 hours per year) eligible to contribute to the company retirement plan without requiring plan sponsors to add matching contributions, if applicable, to the newly eligible part-time workers.

2. In an effort to stop potential federal law conflicts that could hamper state efforts to boost retirement savings, the President wants to allocate $6.5 million to the Department of Labor to allow a limited number of states to implement state-based automatic enrollment IRAs or 401(k)-type programs. The budget also includes a request for a 10.9% increase in the Department of Labor’s budget, bringing the total to $13.9 billion

3. To lift the ban on auto enrollment for Department of Defense personnel and military service members. This would allow each branch to decide to automatically enroll certain groups of members based on the branches’ judgment. Those members would have the option of opting out at any point.

4. For workers that do not have access to employer-based retirement plans, the budget proposed to enroll those workers in IRAs through payroll deposit contributions, with an option to opt out. The goal is to build a system into the tax code that makes automatic, payroll-deduction IRAs that could give 30 million more workers access to retirement plans, according to an estimate by the Office of Management and Budget.

5. The fifth proposal would expand the small business tax credit for companies to set up a 401(k), auto-IRA or other workplace retirement plan; as well as an additional credit for small businesses that already offer plans and then enact an automatic enrollment policy.

6. The budget proposal would also close a number of tax loopholes in the individual tax code. It would prohibit contributions to and accumulations of additional benefits in tax-preferred retirement plans and IRAs once balances are above $3.4 million, enough to provide an annual income of $210,000 in retirement.

Other retirement related goals in the budget include: strengthening penalties against employers who jeopardize workers’ health, safety, wages and retirement security. As well as strengthening Social Security and services for people with disabilities and reforming and simplifying tax incentives that help families afford child care, pay for college and save for retirement.